Ruthless, uncompromising, corrupt and with the patience to chase you to the ends of the earth – run and hide children, the Monopoly man is coming! Justin Bryant, a graphic designer from Nashville, USA, has a hobby that has seen his artwork go viral time and time again. He designs horror movie posters based on classic board games.

From Connect 4 to Guess Who, there are few classic board games that Photoshop artist Bryant hasn’t reimagined into a bloody Hollywood thriller. It started in 2011, inspired by (amongst all) the movie Battleship. He says “I’ve always been a fan of turning cute things into something dark and twisted, and I came across the Battleship poster and thought, wouldn’t it be funny if I turned Hungry Hungry Hippos into a horror movie?

Bryant says the first design helped him land an internship at a California entertainment design agency, but at the time, that was just an isolated case. It wasn’t until the covid pandemic of 2020 that designing board game horror movies became his hobby.

“I was basically out of work due to covid and just needed to create something for my sanity,” says Bryant. Stumbling upon the Hungry Hungry Hippos poster on a hard drive, Bryant decided to make another version and see how his skills had improved. “I was done with that one and then all of a sudden I had ideas for Chutes and Ladders, Candyland and Mouse Trap.”

In July 2020, Bryant posted his first batch of board game horror movie posters on Instagram. The response was electric: “One morning I woke up to an insane number of notifications,” he says. “Overnight they were shared over 100,000 times. I remember jumping on a 2 hour flight and seeing that they were shared 20,000 more times in that time Now he regularly sees his works on TikTok receiving tens of millions of views.

While it’s earned him a following, Bryant finds sharing his work over and over online isn’t always helpful. “I hardly ever get tagged, which is absolutely crucial for an artist like me,” he says. “Social media is a fast moving entity, most people won’t take the time to research who I am and try to find my art pages. So if the tag isn’t there, it won’t does absolutely nothing for me. (Incidentally, you can find Bryant at @1126artstudio on Instagram, or his website.)

Fortunately, Bryant seems to have, on TikTok at least, a small group of fans who are looking for uncredited use of his work. And when he is tagged, it leads to a large influx of followers.

In the past, Bryant has sold prints of his posters at conventions. But even better, he was also commissioned on their backs: “I met several people within the industry who hired me to work. Subsoil Films being one of those who hired me to design several movie posters for the movies they pitch to investors. I’ve learned that having great artwork at this stage really helps films get financial support. 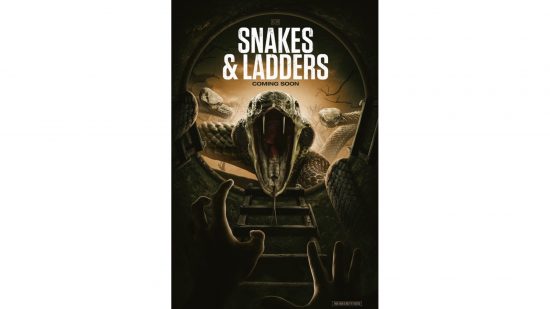 “Honestly, I was very burnt out with the concept and instead of just producing them and seeing the quality go down – that’s how I see Connect 4. Something about Connect 4 feels right to me – I wanted to do a break,” Bryant said.

However, he definitely wants to revisit the concept as soon as possible. “I have an idea for Twister that’s been in my head for two years, I just have to figure out how to execute it,” he says. He adds that he would like to explore more sequels, like the Snakes and Ladders series. 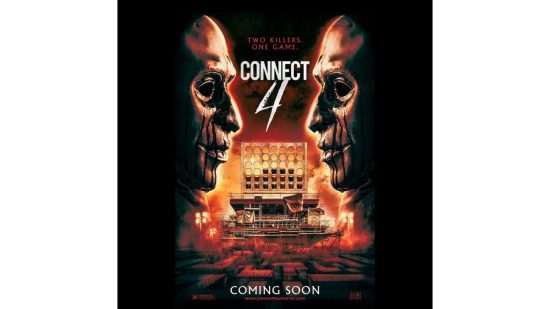 As he toyed with the idea of ​​turning one of his ideas into something real, discussing the idea with his roommate, who is a “video guy”, Bryant thinks the chances of real board game horror movies to be made are “thin to none”. ”. If that happened though, he would definitely be eager to help!

“I would absolutely love to be part of any type of team that wants to bring any of these ideas to life as a full movie. For real, hit me up, let’s go!

At Wargamer, we believe he has a chance. If Battleship can have its own action movie, why not a Monopoly horror movie? Our experiences with the game have certainly been nightmares.

Bryce Room2021 included a main card fight in the ill-fated battle of platforms and some wins for the energy drink company he runs alongside his old Swing LA roommate Josh Richards. Based on the latest news, it looks like Hall’s 2022 will be just as busy. The 22-year-old influencer, who first rose to prominence on […]

10 famous actors who appeared in a horror movie

Horror movies love a good cameo. Whether it’s paying homage to a horror icon of the past or bringing in a famous musician who is a fan of the franchise, familiar faces are used to popping up in the genre. Often these cases can be attributed to the fact that the actor is friends with […]

It’s the most expensive horror movie ever made.

Because zombie movies were so hot, Brooks’ novel was picked up for a film adaptation almost immediately, and as early as 2007, Plan B and Leonardo DiCaprio’s production company Appian Way found itself embroiled in a war. auction for the rights. The idea of ​​making a zombie movie on a global scale – with hordes […]