A low-budget Chinese fantasy film that premiered in Beijing has been picked up by Hollywood with a view to commissioning a remake, the film’s producers announced at a media event on Thursday.

With just a budget of one million yuan ($150,000), the film was shot with just three actors and wrapped in 14 days, according to the filmmakers.

The film crew shared experiences of struggling filming during the premiere. “If we couldn’t complete filming in 14 days, we would have to fire all the crew members because there would be no funds to further support filming,” Zheng said.

“I borrowed the one million yuan investment from friends. At that time, no one expected it to be a major event, let alone be noticed by Hollywood.” 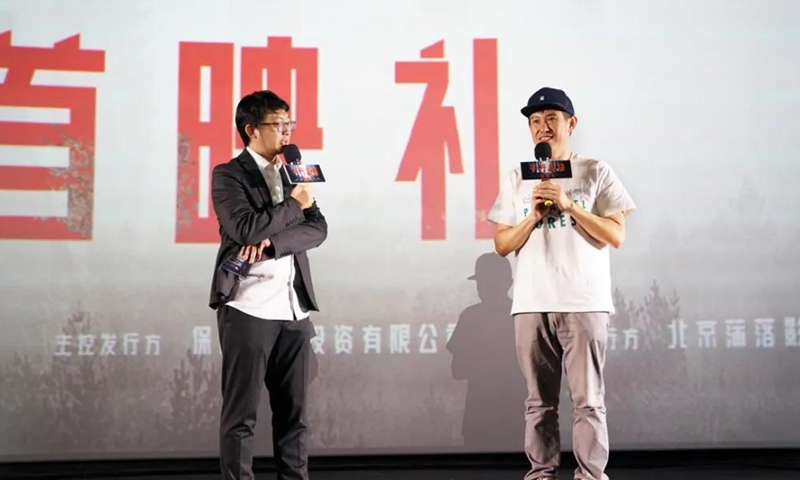 Zheng Lei, director of the sci-fi fantasy film Parallel Forest, shares his behind-the-scenes stories at the premiere in Beijing on Thursday. Picture: Internet

Parallel Forest, a sci-fi thriller, is the first Chinese fantasy film to be remade by Hollywood, according to Zhang Wenqiuzi, the film’s producer.

The Hollywood version will star Screen Actors Guild award-winning actor Aldis Hodge from The Invisible Man and his brother actor Edwin Hodge from The Tomorrow War.

parallel forest is Zheng’s first feature film, which tells the story of main character Du Yan, who loses his son in a car accident and is able to meet his son while crossing a parallel forest.

Du prepares for his recovery vacation after the accident by spending time in a forest. She accidentally wanders into a parallel area of ​​the woods, where she finds herself, her husband, and even her surviving son in another time and space.

In cooperation with young and outstanding filmmakers, Poly Film has a reputation for supporting a number of excellent low-cost Chinese films such as Get out Your Secret in 1999 and My Sisters and Brothers in 2001.

Zhang Xinsheng, general manager of Poly Film, said at the film’s premiere that the film was exciting, challenging and interesting. “The cost of the film is small, but full of charm.”

Jim Henson was made of magic. This magic has spread through many of our childhoods with Sesame Street, the Muppets show, and more. Henson created creatures we had never seen before, but within each was a humanity that shone through every layer of felt or rubber used to make them. In the 1980s, Henson’s work […]

Among 2000s they or they 1910s fantasy had one of its golden moments with the gods young adult tremendous hits that have won not only teenage audiences but also a place of honor in pop culture. After “Harry potter“,”dusk“,”Hunger games” And “Divergent“, In the 2016 in the rooms comes “Fallen», A kind of cinematic dark […]

Fantasy can be an escape for many of us when it comes to movies. It is a genre widely open to all kinds of ideas and imagination. That’s really what the genre is about, imagination and taking magic and bringing it to life on screen. It can be funny, horrifying, over the top, or all […]